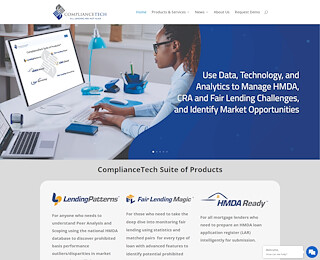 FHAct
Under the provision of the Fair Housing Act (FHAct), Dwelling seekers have been protected against any form of discrimination by housing providers such as Landlords, Real Estate Agents, Developers, and or realtors or lenders. The act prohibits house providers against discrimination based on their color, race, sex, religion, national origin, disability, and familial status. The primary objective of the act which was enacted in 1968 is to protect the interests of the persons seeking a house against any form of landlord discrimination.

The aim of the U.S. Department of Housing and Urban development is to have a unitary housing market for one and all which is free from any racial discrimination and provides equal opportunity and access to every individual. Fair housing is also known as open housing which provides unrestricted access to housing by every individual. We have realized that the majority of the house providers and the clients don’t understand this law and some even don’t know it exists. Therefore, we offer consultation and training to help both the house providers and seekers to understand their housing rights as provided by FHAct.

Discrimination in Housing based on your Religion - The Act makes it unlawful to prevent housing access to an individual based on his religion.

Discrimination in Housing on the basis of Sex including Sexual Harassment - The Act makes it illegal to deny housing access to an individual based on his sex. The act also aims to remove instances of sexual harassment against women who have limited options available for themselves and hence tolerate such abuse.

Discrimination in Housing by National Origin - The HUD department takes action against any individuals who discriminate against an individual based on the country of his birth or the place of origin of his ancestors.

Discrimination in Housing Based on Family Status - The act protects all families with children under the age of 18 when they seek a dwelling.

Discrimination in Housing on the basis of Disability - The Fair Housing Act defines disability to include all individuals who not only suffer from physical impairment but from mental impairment as well. The term physical and psychological impairment include symptoms and conditions related to blindness, hearing impairment, mobility impairment, HIV infection, mental retardation, alcoholism, drug addiction, chronic fatigue, learning disability, head injury, and mental illness.

The United States Department of Housing and Urban Development commonly known as HUD is the government department responsible for enforcing the provisions of the Fair Housing Act. In case of any acts of violation to the fair housing act, a formal complaint may be lodged to HUD's Office of Fair Housing and Equal Opportunity (FHEO) and HUD's Office of General Counsel. The Department of Justice will initiate criminal proceedings against any individuals or associations who are found guilty against abuse of the Fair Housing Act. The HUD department reviews the act on a continuous basis to broaden its scope and increase the number of classes given protection in the law. Contact us for more information about the fair housing act.